Austrian painter, poet and illustrator, Egon Schiele is known for having led a life as sultry as his works. His art - flirting with narcissism and eroticism - depicts his melancholic vision of the world through a strong graphic intensity and contrasts. Discover a colorful artist, honored in the heart of our latest art edition.

Egon Schiele's history with art began in his childhood: Driven by his passion for drawing which he regularly practiced, he then began his first paintings, especially self-portraits. In 1906, he joined the Academy of Art in Vienna where his works were soon recognized by renowned artists. His first creations were inspired by impressionism and his mentor, Gustav Klimt, who influenced to him his passion for portraits, women, nature and eroticism.

Egon Schiele soon made a name for himself on the Austrian art scene. By the end of the 19th century, he was one of the most important painters of his generation. His singular style reflects his introspective look and his vision of the world tinted with absurdity. An avant-garde position that allowed him to participate in the 49th Viennese Secession. 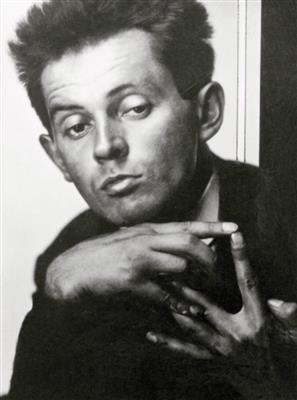 Fascinated by the human body, his characters take on various expressions. He leaves room for his imagination and paints bodies, portraits, landscapes, with bright colors and a strong sense of detail, by isolating the graphic forms on neutral backgrounds.

Other influences build Schiele's palette and style, from Van Gogh to Holder, via Minne and even Munch, whose torments he shared.

Today, the vast majority of his works are in the Leopold Museum in Vienna. Once again following in the golden footsteps of Gustav Klimt, Egon Schiele has made a name for himself in the land of Freud, Schubert and Mozart.

At LAPS, his Self-Portrait with Hands Joined on Chest (1910) is proudly exposed on all wrists, revealing the artist's casualness under a vibrantly colored head of hair from his expressionist imagination.