Motel: Contraction of "Motor Hotel". This includes hotels that are easily accessible by car along major American highways.

The concept, already existing before the Second World War, became an essential part of American culture from the 50's with the development of interstate highways such as the famous "Highway 40". 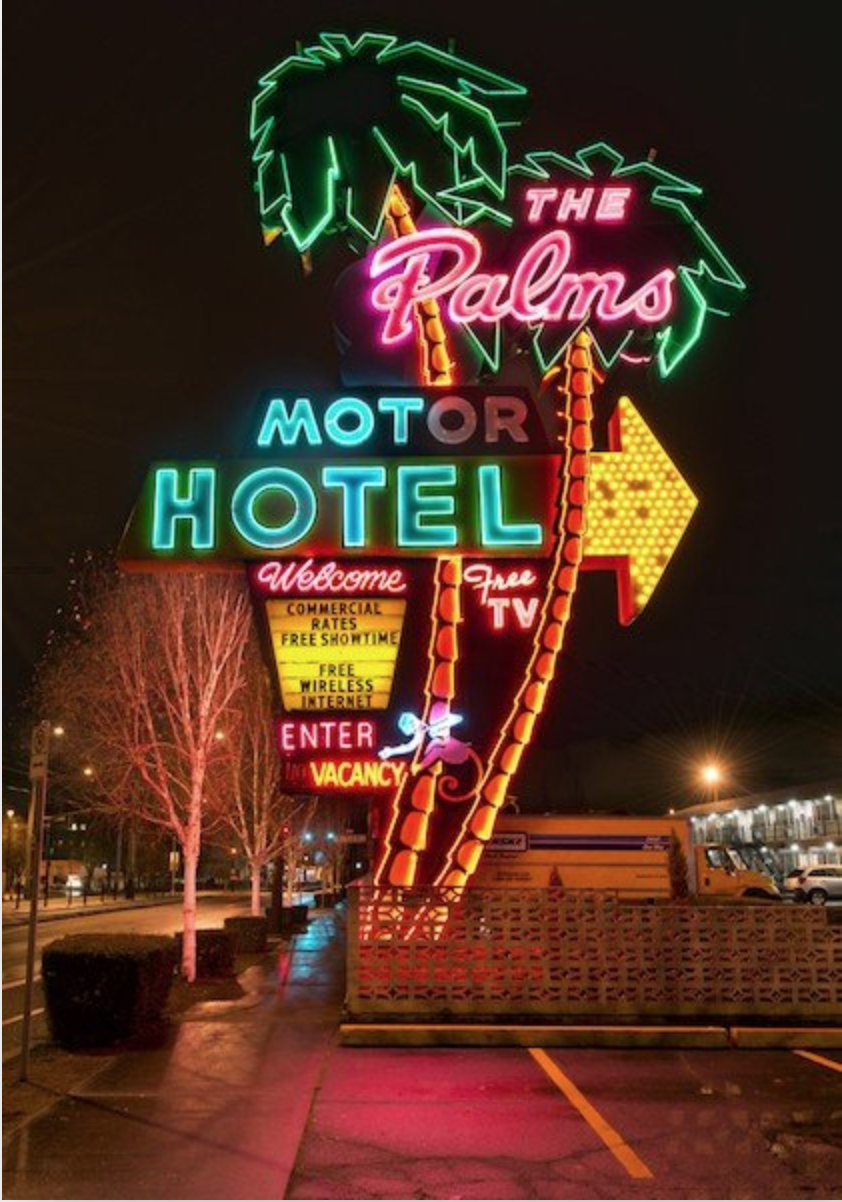 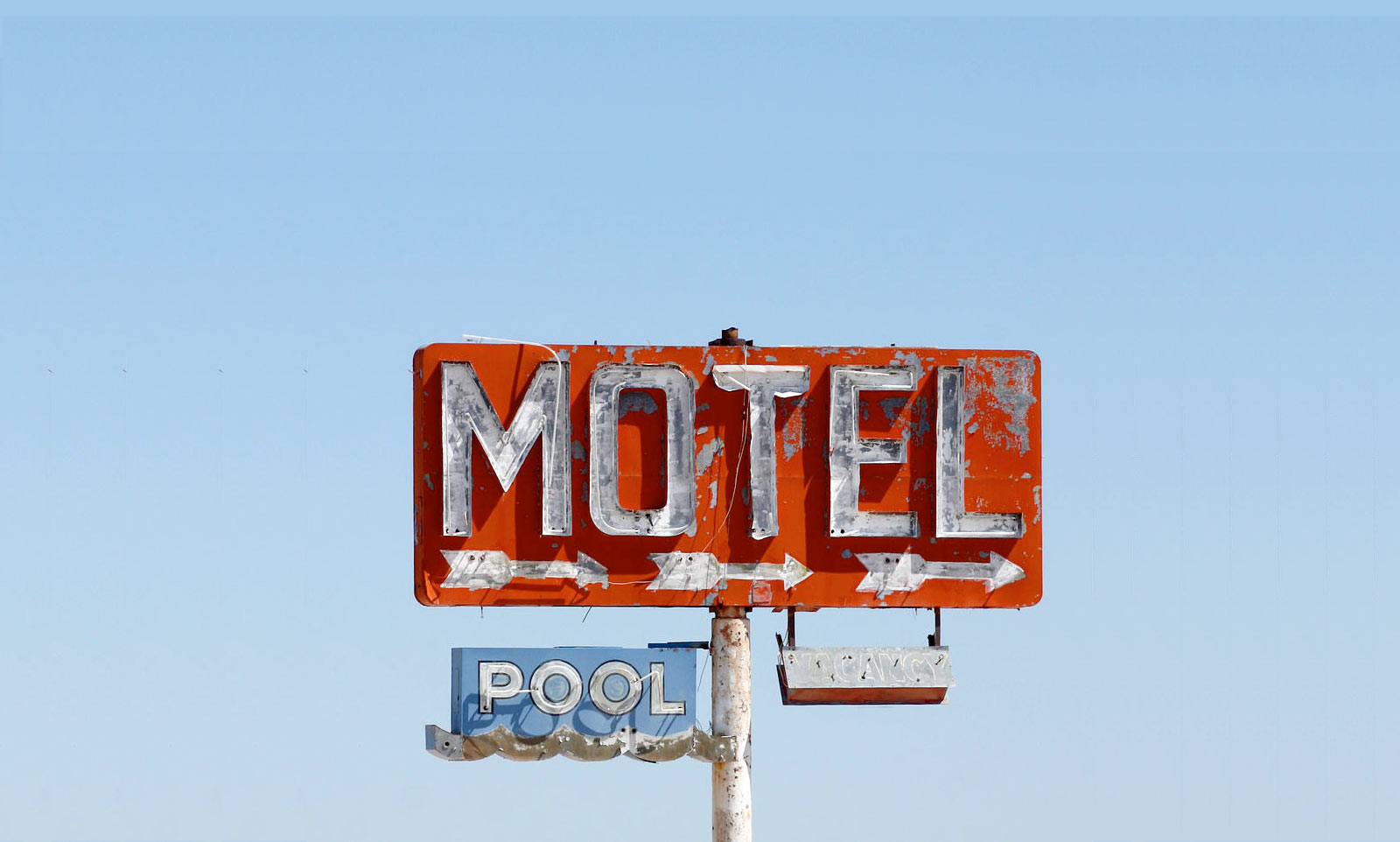 Associated with the car and its freedom, the motel is quickly becoming a habit in the travel modes of Americans: From the family going on vacation to the commercial touring several cities, everyone enjoys a low-cost and easily accessible stay. So much so that in the mid-1960s, no less than 61,000 motor hotels were open across the USA. Each motel had to differentiate itself from the others and quickly catch the driver looking for a place to spend the night. Bright and colourful, it doesn't take much to see the neon lights illuminating the roadside with flashy, eye-catching and hypnotic signs.

Typical of the "American way of life" the motel inspires filmmakers (Alfred Hitchcock - Psychosis), painters (Edward Hopper - Western Motel) and remains one of the strong symbols in the representation of American culture.